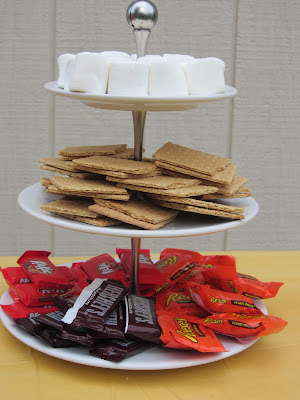 I told you a little about this pasta night we were planning to host this week for our daughter's high school cross country team. I don't remember having such nights when we were in sports growing up but it must be something newer. It's a time for the kids to all get together the evening before their meet to relax, connect with their team mates and enjoy a carb heavy meal.

Last year it didn't work with our schedule to host, but I jumped at the opportunity this time around. I love entertaining and will throw parties any time I get the chance to. Boys and girls have their pasta nights separately, mainly so it's less mouths for the families to feed. Even still, I had planned for close to thirty girls to show. We ended up with about twenty in attendance. 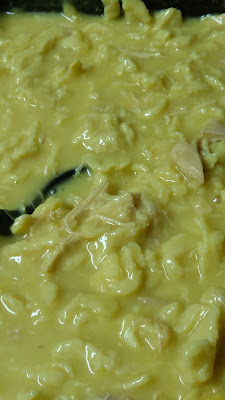 Traditional spaghetti is typically served so that was a given, but I also wanted to make a different dish. My mom volunteered to make her homemade chicken and noodles. It's still pasta but in a way that no one probably had made yet. 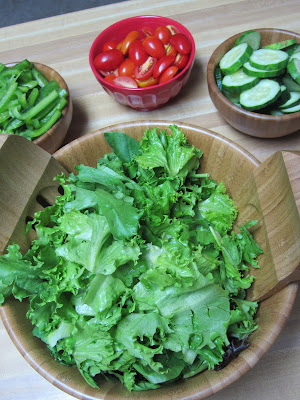 We also served up a nice garden salad with various toppings. I kept the other veggies separate and let the girls add in their favorites. 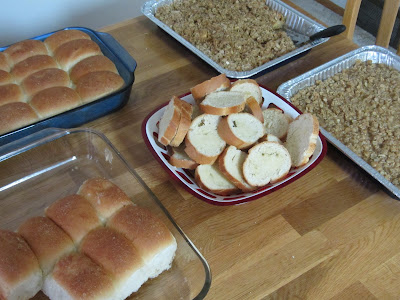 Fresh baked rolls and garlic bread were also served along side. My secret to the rolls? I bought a bag of those frozen Rhode's rolls, let them rise during the day and then baked the rolls in the afternoon. They taste homemade and can't possibly be any easier! 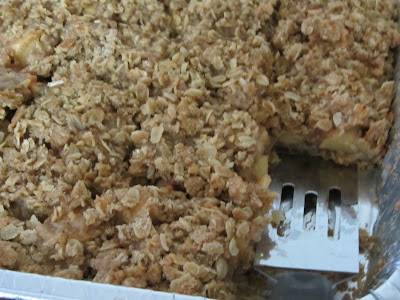 Since it was the first day of fall, of course I had to go with pear crisp and a personal favorite, caramel apple crisp. Both were a big hit as I was left with nearly empty pans. 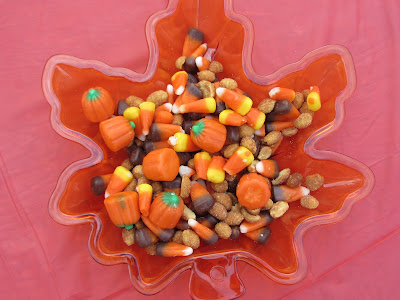 My actual set up was outdoors, I don't know about you but my house does not seat that many. The weather was perfect so we set up four tables outside with chairs. I purchased some fall colored table clothes from the Dollar Tree and called it good. I even put a small mixture of candy corn and peanuts on each table for munching.

The real winner of the night though, was the s'mores bar I set up around the fire pit. The girls tend to hang out for awhile after they've eaten so I knew they would enjoy sitting around the fire and roasting marshmallows. My own girls have really liked experimenting with different chocolate candies in their s'mores so we made sure to offer some variety. Peanut butter cups are popular and our youngest loves the Kit Kats, which actually aren't too bad. 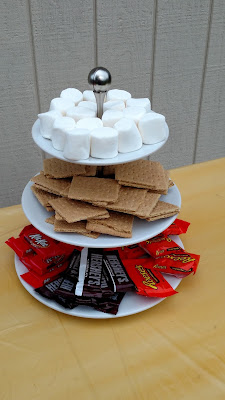 Now that it's officially fall season and everyone loves having bon fires, consider adding a small DIY s'more bar. It doesn't have to be anything fancy. I just happened to have this tiered platter on hand, but small plates would also be just fine. Kids and even adults will have a great time preparing their own marshmallow treat!


Directions:
On a table set out chosen plates or platters. Divide graham crackers, marshmallows and chocolate candies between the plates. Set out large roasting forks for your guests to cook their marshmallows over the fire. Afterwards they may assemble their s'mores with desired chocolates at the table.