There, I said it. I've written this post several times in these last couple of years, never knowing quite what to say or having the courage to press publish. 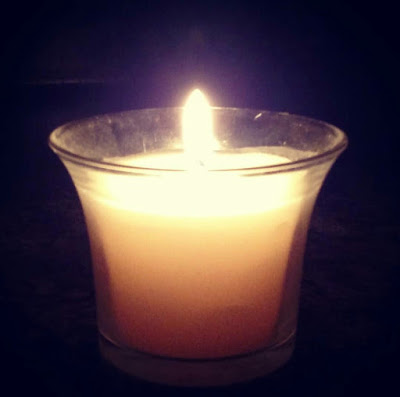 Before then, I had no idea that miscarriages were that common. That they occurred more often than I could have ever imagined. That more of my friends and acquaintances have had to experience this same pain that I was, than I knew.

We weren't exactly planning for more children, but surprises happen and we were both excited and happy. Everyone knows I've always wanted a little boy. Maddux Allen, the name has been picked out since before our second daughter was born.

For reasons I cannot understand, we lost that baby at just ten weeks along. I was heartbroken. We hadn't told anyone yet of the pregnancy, we were waiting until Halloween and telling our families together. Then planning a fun announcement in November for everyone else.

I remember every moment of those next several days. It was hell, and I didn't think I could possibly cry anymore. I was moving through the motions of life, but not really living I guess. In fact, for the next year I felt that way. I remember watching babies during church services and trying to hold back tears. When friends would announce their own pregnancies, the tears would fall, the anger would overcome me. I even screamed out loud when I was alone because I was so angry. 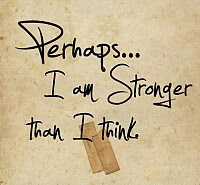 Deep down I was a very angry and sad person. On the outside, my smile was there, yet fake at times. I loved being with my girls and husband. But something was missing. My husband had no idea until a year later, but I would cry myself to sleep often. After he would fall asleep or trying to just be as silent as I could. The tears would fall on my pillowcase. I felt alone in a very big world.

I lost a lot of weight following the miscarriage. Even though I was grieving and sad inside, I felt great in my clothes. That was probably the only good thing out of the situation. But soon after, between the demands of working two jobs and taking care of my family, I let myself slip. I didn't take care of myself like I should have. Instead of eating healthy, I was grabbing junk at night while working late. I was definitely an emotional eater. The weight slowly crept back on, and even more. That was one more thing to become unhappy about.

I talked about how I developed a word theme for my year, and it started in 2016 after the awful, long year I had experienced. Choose Joy was my theme. I even have a shirt with the message on and I wore it often. I still do sometimes. My mission for that year was to choose joy in all situations. I was tired of being sad and angry. And so I did, I tried my hardest to be truly happy.

I think I did a pretty good job. Of course, there were moments during the months where I was more emotional and would cry. In May of that year when we should have been celebrating the first birthday of our child, that was difficult. And again in October, on the anniversary of the miscarriage, I grieved. My family did their best to understand and support me. These dates are still hard for me. 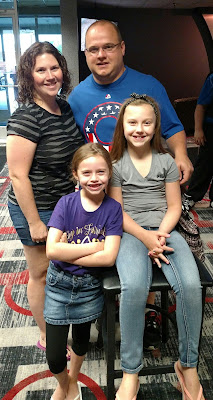 But through that year in 2016 something clicked, something changed inside of me. I had decided to quit the second job at the end of May. So I was home more in the evenings with my family and that was great. I was still very unhappy with how I had let my weight creep back on. My clothes were feeling pretty tight. Summer was coming and I couldn't just hide in sweatshirts, and I refused to buy a bigger size.

Late June of that year I decided to tackle running. I've always wanted to be a runner. Our oldest runs and my husband was a track athlete in high school. So I promised myself I would actually put the treadmill to use that we purchased several years ago and start the Couch to 5K program. I would run my first race in October with my family, an event that supports our local school district. I was going to commit to exercising, eating healthier than I had been and doing something for myself. I was going to become a little more selfish with my time and not feel bad about it. 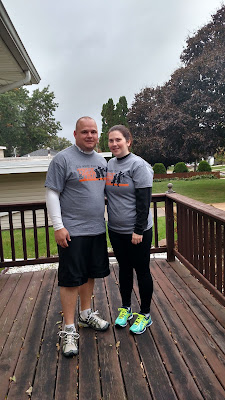 And, so I did it. I stuck with it and kept training, and ran my first 5k in October 2016. My husband ran with me and pushed me the entire way. I remember being so nervous that morning, yet excited as ever! Afterwards it was the ultimate high. I felt amazing, I had never accomplished something like that before. As a very non athletic person, to have run over three miles was huge for me. I wanted more, I didn't want to just stop there.

I had already been talking with a friend and asking more questions behind the scenes regarding what she had done to lose 30+ pounds. I decided right before Halloween to purchase my very first at home fitness program package. It was a brand new martial arts/kickboxing program that was being released. It looked like fun and it was the perfect new challenge for me. I would commit to completing the 30 day program and work even harder to clean up my nutrition. I've tried workout videos before, but would become so sore after just a few days that I would give up. This time, I would not do that. I was far too excited and motivated to change for the better.

I was added into a private online accountability group where we would log our workouts each day and my coach would post motivational messages, tips, recipes and such each day. We all quickly became like family, a fit fam I guess you could call it. We were there to hold each other to our word when we didn't want to complete the workout for the day, and yet cheer each other on as we became stronger. 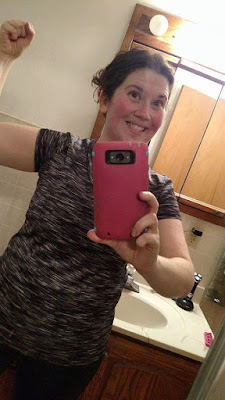 That month went quickly. I became stronger, learning new moves each day and feeling fierce. I was working all day in the classroom and then coming home to press play on my videos. And instead of feeling tired, I had more energy. I also began to realize that the pain from my miscarriage was lifting a bit. I didn't find myself crying as often. I was truly becoming a happy person again.

Almost two years later and I'm still doing that home workout thing. It's become my new normal, it's my lifestyle. I am still in the same group, with many of the same individuals whom have become some of my closest friends. Except now, I'm helping to lead them each day. That first program I ever did, I'm now certified to teach.

Beginning this new lifestyle has not only helped me lose weight, become stronger than I've ever been before, helped me heal during the most difficult time in my life so far; but it's also restored a passion in me that I had forgotten about. A love for health and nutrition, and for helping others. It's also helped me find a strong passion for fitness. I love doing it all. Through all of this I finally feel like the old Stephanie, and I love myself. I truly love everything about myself, and I feel confident again. 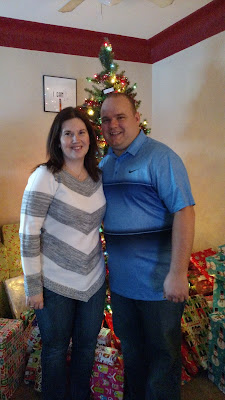 I wish I would have talked to someone, anyone, throughout that first year, especially those first months. It was painful to go through that feeling alone. Even though my husband and closest family members were there for me, it just wasn't the same. It's not a pain you can understand well, until it happens to you. Fortunately, I did overcome it. I turned to a different outlet to help me heal and create my own happiness again. But, if there's anything I have learned from my own experience, then know this: you did nothing wrong. It's not your fault. You will get through this, the pain never quite goes away completely, but you will be okay. I am here for you if you need a listening ear.
Posted by Steph at 7:45 PM 1 comment: