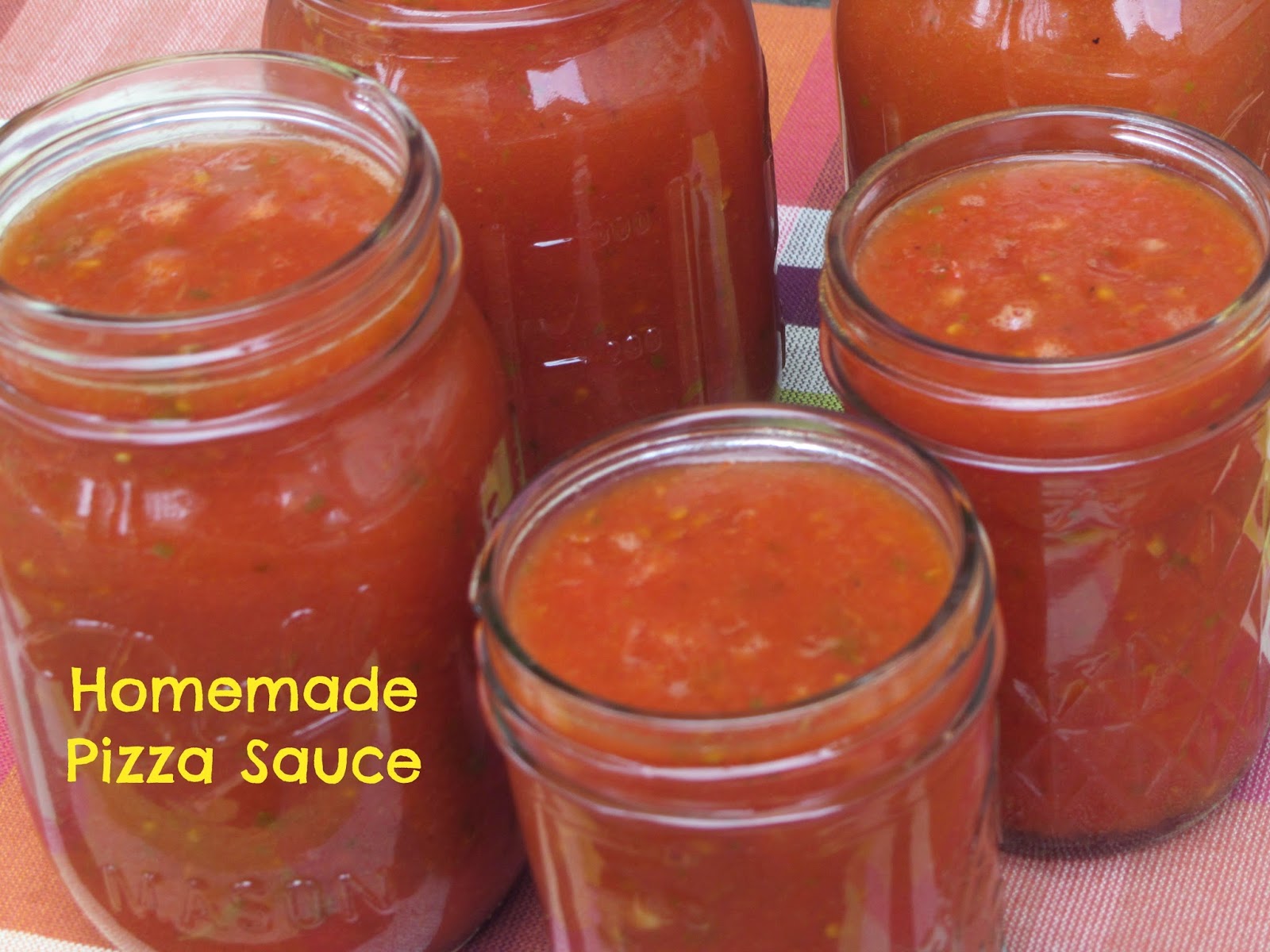 As I stared at a big bowl of tomatoes on my counter last week, I tried to think of new ways to put them all to use. Pizza sauce instantly came to mind, it's something we use quite often in our house. Saturday morning, that's what some of my time consisted of. The funny thing was, as I logged onto Facebook quickly, many of my foodie friends were doing the exact same thing. I found picture after picture of tomatoes, peppers and onions roasting away in the oven.

We all had the same idea but I went a different route. I had other things I wanted to get done so I simply threw all of my ingredients in the crock pot and let it do it's thing. 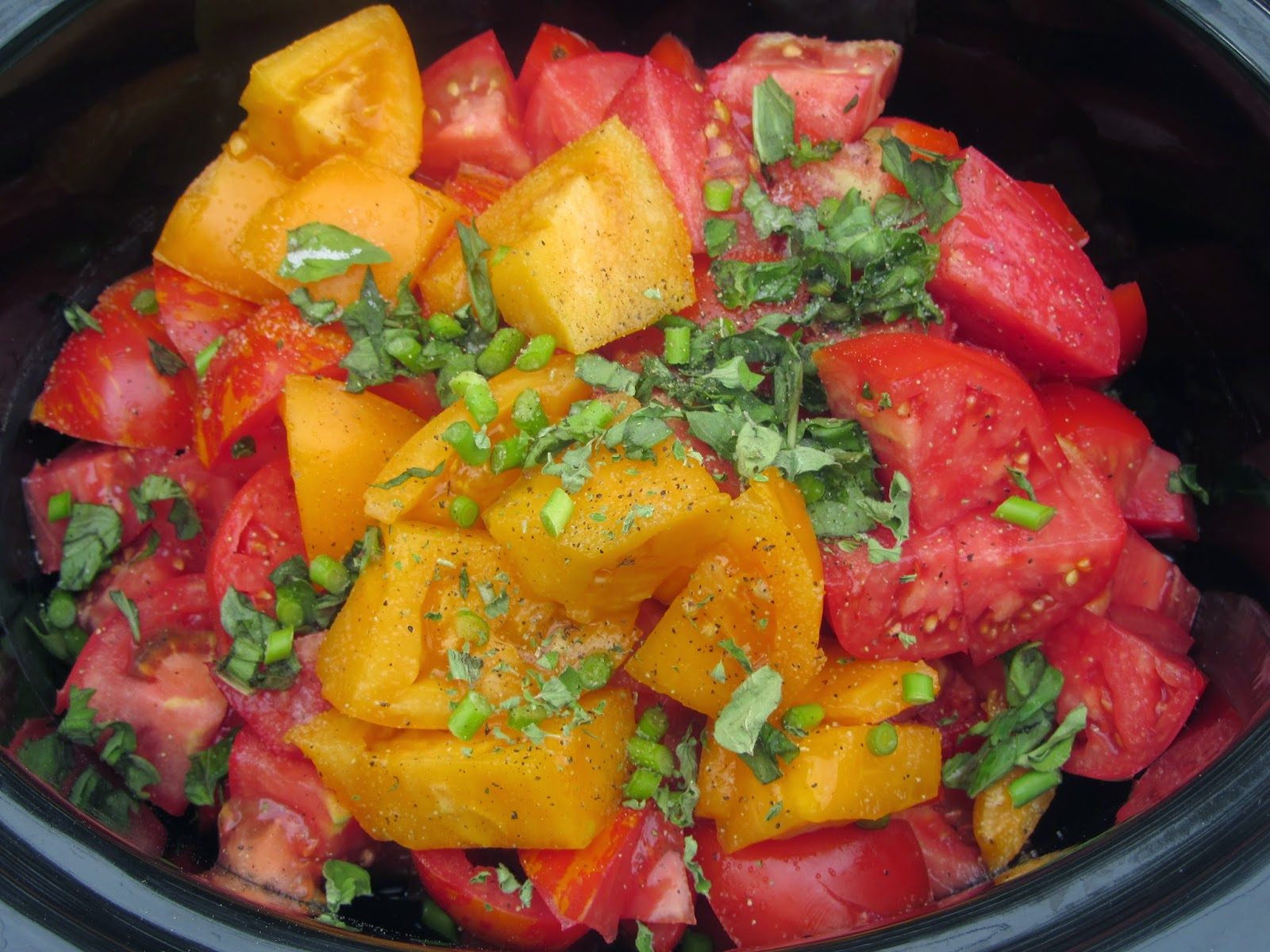 Lots and lots of tomatoes, different varieties, fresh basil and other spices and that was it. I covered the pot and let it cook all.day.long. Towards the end I added in some cornstarch to thicken up the mixture a bit. I didn't even worry about peeling the tomatoes, because I knew I wanted to process the mixture a bit more in a blender so it wasn't a big deal. If you'd rather peel the tomatoes beforehand, by all means, go ahead. 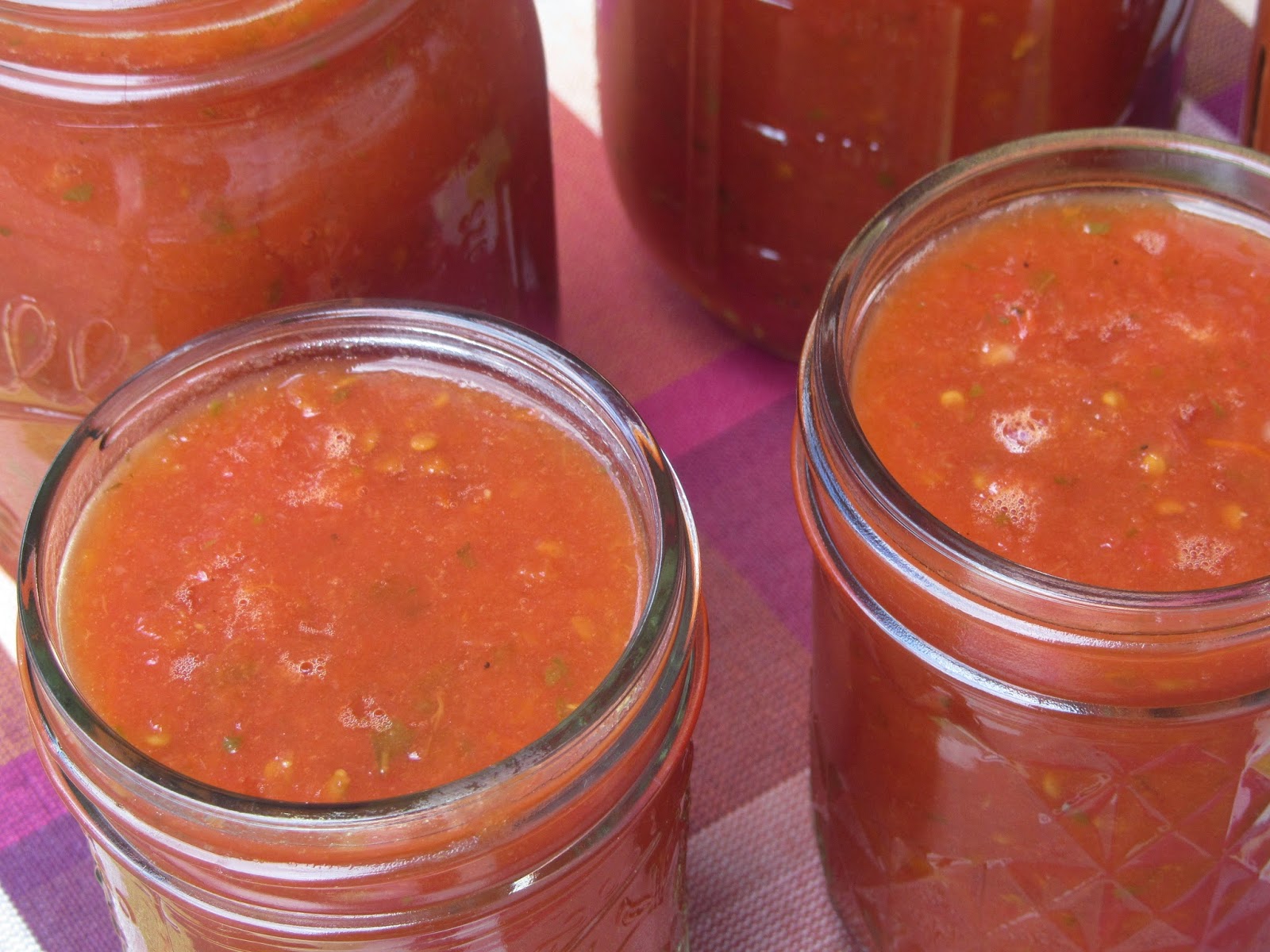 In the end, I came out with a flavorful sauce that will be awesome on our homemade pizzas and just about anything else I can think of. I threw the jars in the freezer so we can enjoy this deliciousness throughout the winter. It will surely be a welcomed treat!

Directions:
Add the chopped tomatoes to a large crock pot. Sprinkle in seasonings and stir together just a bit. Cover and let cook on low for 8-10 hours. Add in a tbsp of cornstarch to help thicken the mixture, make sure to stir well so it doesn't clump. Cover and let cook an additional one hour.

Afterwards, turn crock pot off and let sauce cool. Once cooled, in smaller batches, puree mixture in a blender for just a few seconds. It won't take much at all. Make sure to taste and season more if needed.

Ladle into mason jars, I used 3 pint sized jars and 2 half pint. Place lids on and place sauce in the freezer. When ready to enjoy, all you have to do is thaw.

*If you find sauce is still a little too runny even after adding the cornstarch in, before using, just add in tomato paste in small amounts {1-2 tbsp}. That should help thicken up the mixture.
Posted by Steph at 7:09 AM