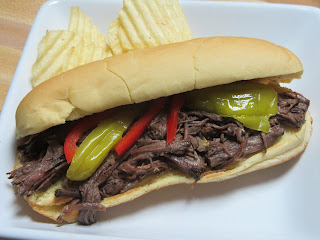 Before I get into these awesome sandwiches, I feel like I have so much to catch you up on.  March has been a crazy busy month for me in general, but especially for my cake and cupcake business. Orders have been piling in and I'm loving it, but it's also a lot of work and I feel like I haven't had as much time to devote to my blog. So again, I really do feel bad when I don't post on a regular basis. I'm still learning how to balance everything and hoping to get back to posting more regularly. I really do appreciate each and every one of my readers!

So last weekend I had my very first wedding cake! Exciting, I know! It was for a friend but I don't think it made me feel less nervous about the whole experience. It's a pretty big deal to be in charge of one of the most important parts of a girl's special day. My friend Angie was married back in November out in California so this was just the reception part, she and her husband wanted to do a Super Mario theme for their cake. This was really a lot of fun to make! 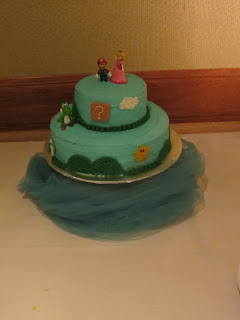 This was their cake, I purchased a Mario and Princess Peach figurine set so they had a little keepsake for their special day. I forgot to take pictures of the back side of the cake so you can't really see all of the details, but you get the idea. 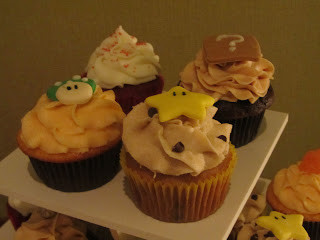 I also had a cupcake tower filled with a variety of cupcake flavors for the guests to choose from. I made fondant toppers for about half of the cupcakes and the other half were decorated like I would normally decorate them, since I know not everyone enjoys fondant. I made Red Velvet, Chocolate Chip Cookie Dough (the bride's favorite!), Orange Dreamsicle and Puppy Chow. They were definitely a hit and I think everyone loved them! 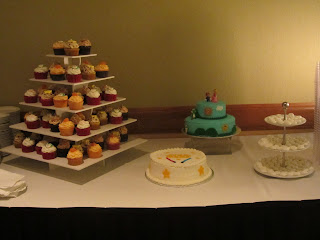 This was a view of the whole cake table. I also made a Star Wars themed cake for the groom and of course cream cheese mints. Overall, I was very pleased with how my first wedding went and I'm excited for my second in June.
Now, onto these sandwiches. I made these last Thursday for dinner, things were starting to get really busy since I had to start baking the cakes. I knew if I didn't put something in the crock pot for dinner there would have been a big possibility of us ordering out and I didn't want to do that.
This recipe actually comes from the fabulous Pioneer Woman, Ree Drummond herself. I've fallen in love with her new cookbook. Have you gotten your hands on this? I had some gift cards to Barnes and Noble from Christmas to use up so I made sure to pre-order this one. It's taken me a week but last night I finally finished up reading through it. I have found so many recipes I want to make, it's definitely one I could see myself cooking my way through.
Really there's not much to this drip beef, you literally can just dump everything in your crock pot and go about your day. PW cooks hers in a heavy pot over the stove for several hours but I had no problem at all adjusting this to the slow cooker. It was full of wonderful flavor and the meat was so tender. Even the hubby ate a couple sandwiches and he doesn't normally like meals made in the slow cooker. That is what I call a winner!

Season chuck roast with salt and pepper. Melt butter and oil in a large skillet over high heat. Sear both sides of the roast until very browned, about 5 minutes all together. Pour broth and 1 cup of water into a slow cooker. Add in the chuck roast, along with all the juices and drippings from the pan. Add in rosemary. Pour in the jar of pepperoncinis along with their juice. Cover the slow cooker and cook on low for 7-8 hours or until the meat is tender and falling apart.

Remove roast from slow cooker. Using two forks, shred the meat completely. Return meat to the slow cooking and keep warm. To serve, top buns with the meat mixture and spoon some of the liquid on top if desired. You can even serve a little dish of the liquid alongside your meal for dipping. Top your sandwich with a couple peppers from the slow cooker, I added some red peppers to mine for extra color. I'm the only one in our family that will eat onion so I don't often buy them, but onions would be a fabulous addition to these. Enjoy!

Adapted from: Pioneer Woman Cooks: Food From My Frontier